Soldering the cases together was harder than I imagined.
​I chose to make the front & back panels from Argentium to eliminate fire stain.
​However, it reacts to heat in a different way to sterling, and so I found it difficult to know where the solder was going to flow.
​Turns out, argentium also warps, which has made the cross sections different on each piece. 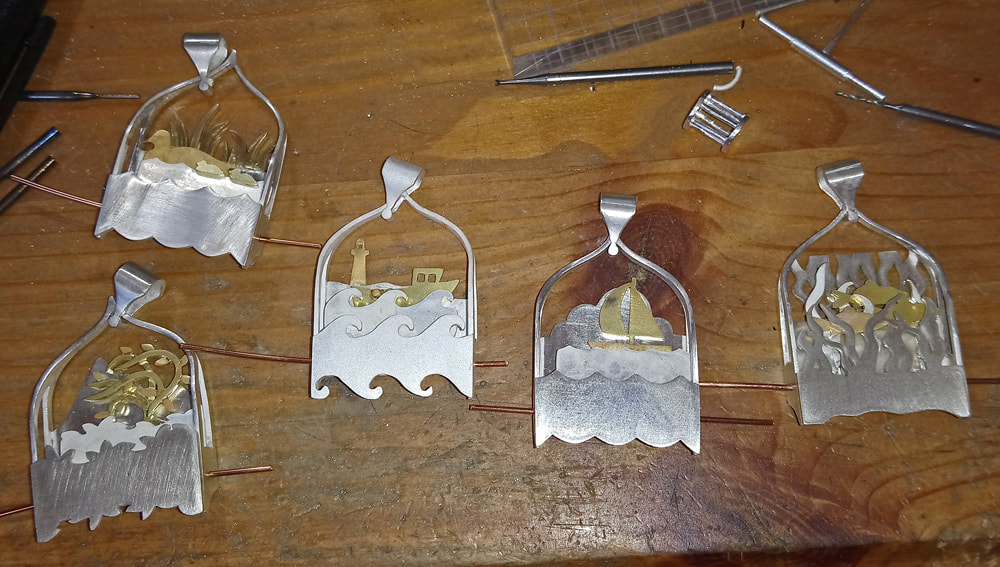 My soldering on the cases was very inconsistent.  The seams on some pieces were invisible and gaping on others.
I didn't want to subject the pieces to repeated heating whilst trying to flood the gaps with solder, so I decided to highlight the seams by engraving them.  I had watched an Arts & Crafts program on TV, which said that being able to see the method of construction was valued at the time which is why large rivets are often visible on Arts & Crafts metalwork).  So I felt justified in my decision.